The Ageing Beast of Perception 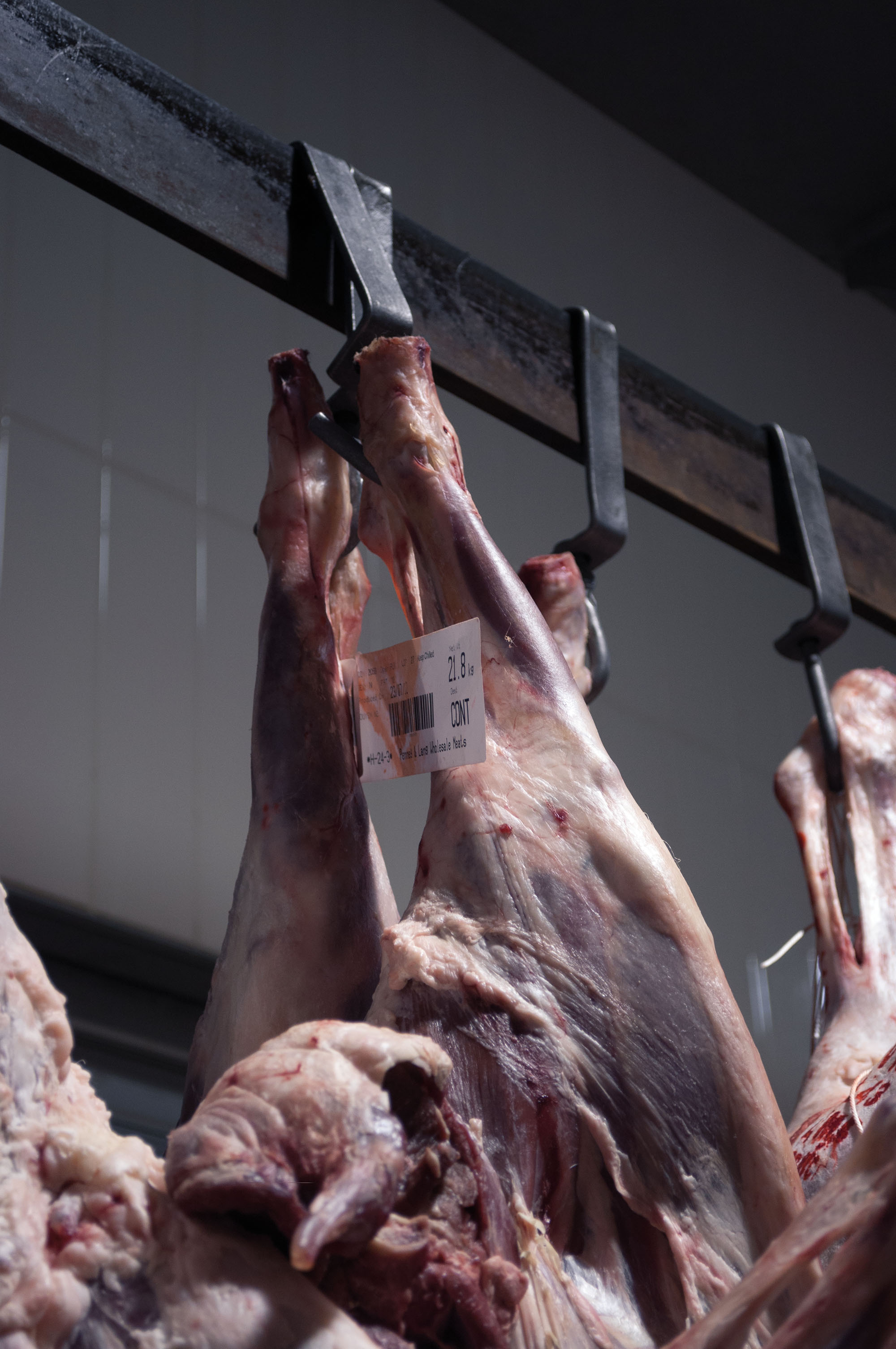 Hogget, two-tooth, mutton and lamb, one of these meats is popular—the other two are just not. It’s not because Hogget resembles anything like Funazushi, the decomposing specialty of the Shiga provence Japan. It is also nothing like the fortifying ritual of snake dining in Hanoi. Yet as someone who searches for this meat often, I rarely find it. Is this meat being unjustly hounded by undue prejudices? While I know that I don’t stand alone in my respect for the finery that is hogget meat, why is it that primarily fellow chefs and extreme foodies are the ones to appreciate it? What puts so many people off?

When recently speaking to a circle of butchers, friends and, I am ashamed to say, even some chefs, many words were being thrown about; ‘shit lamb’ was among the kinder ones. If you were to believe this commonly expressed feeling amongst the populace, the edibility of meat would seem to be something to be questioned.

Were you to judge hogget simply on these typical reactions you may be convinced that eating newly gentrified lamb could in fact leave you stricken with a myriad of disheartening diseases or perhaps some unqiue form of fungal growth. If you are sitting there thinking, I’m not down with eating this animal either, I hate to say it but you may be struggling with a minor case of gastronomic ignorance.

While this will sounds like a fairly loose connection at first, there is a way to solve this by talking about the inarguable ties between sensuality, pleasure, sexuality and the raw human need to satisfy an innate will for the consumption of food. 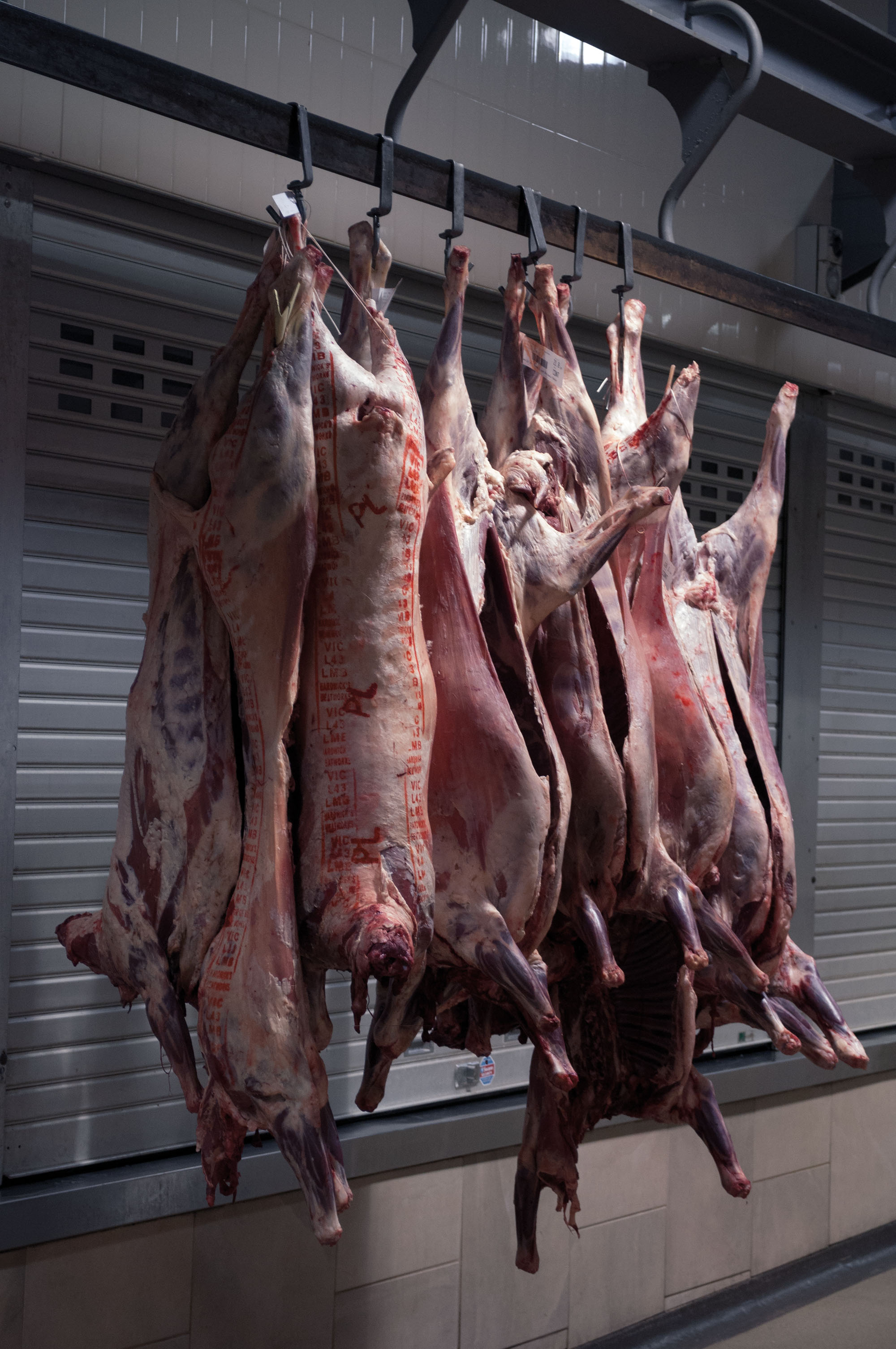 ‘> "Is this meat being unjustly hounded by undue prejudices?"’

Famed culinary sexuliser Nigella Lawson has embraced it. Her bravado in depicting both the making and consumption of food as so much more than sustenance has gained her some kind of a reputation over the years. To most of us, though, the actual reality of Ms. Lawson slowly licking some delightfully rich chocolate remnants from a spoon, or stirring the contents of her pot with her feminine vigor is about as raucous as a Tuesday night on the couch. But nonetheless it forces us to acknowledge a parallel between food and sex appeal.

Food plays an innate role in social interaction; for those of you with far more interesting lives than my own, you may even have partaken in some food-based bedroom shenanigans. The numerous inappropriate instances involving both strawberries and cream that are often presented to us across popular culture mediums must be occuring somewhere. It is these manifestations of food that lead to the actual point. The fact that a particular food is understood as sexy, cool and interesting is innately linked to our willingness to create, market and, most of all, consume it.

We want it, we need it, we absolutely love it. 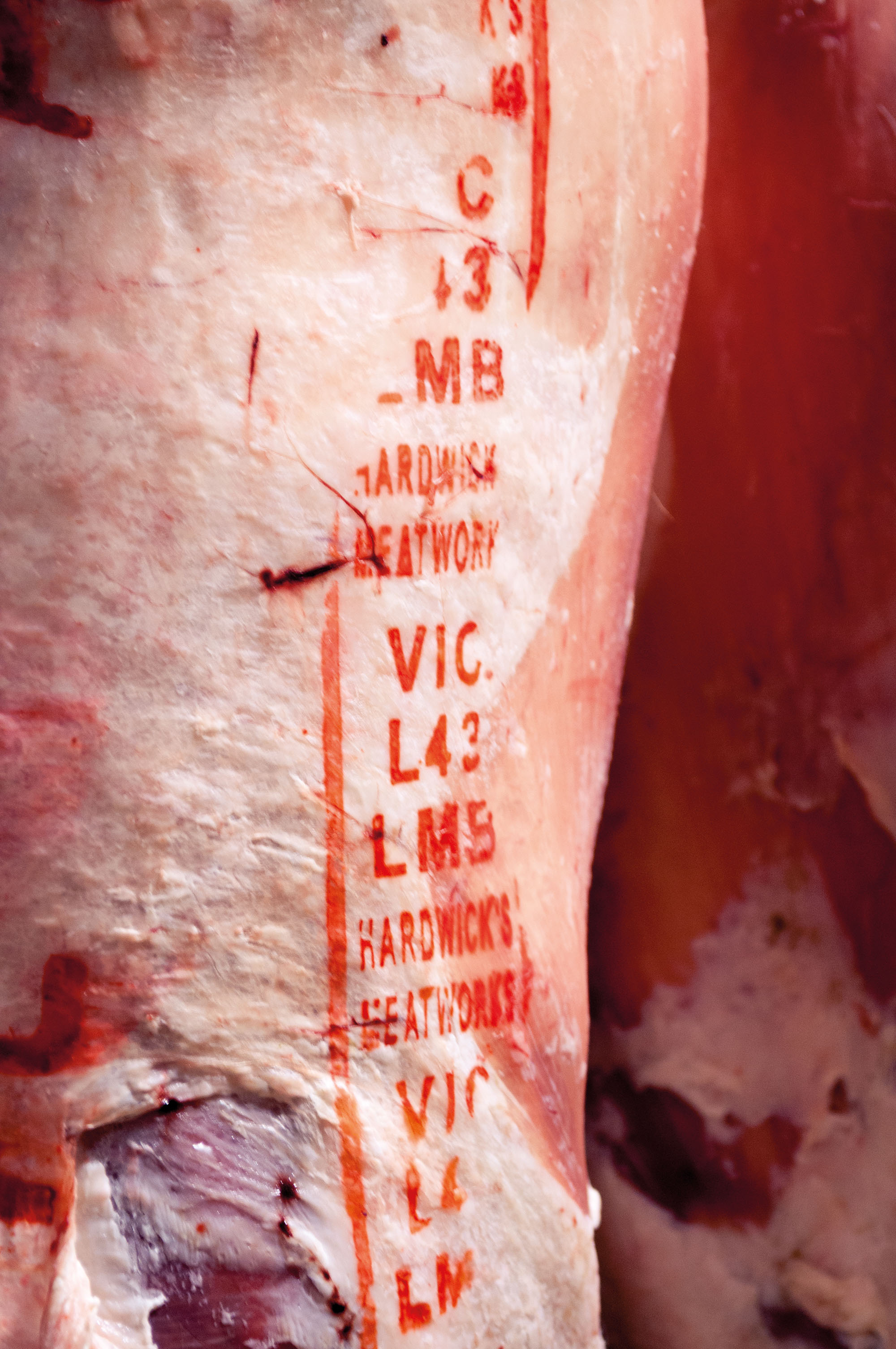 Everyone I know has a food they dislike and I can very confidently say everyone you know has a food or even foods they aren’t so fond of, simply don’t like, or maybe even detest. But if you think about whatever food this happens to be, I can guarantee you that there is someone else in the world who loves it, and couldn’t dream of being apart from it.

Do we call this dislike ignorance? Or simply unfamiliarity? In my experience, and I am sure many of your own, often all that is needed is only one particularly bad experience.

Whatever it is that causes it, the resulting unfortunate mindset leads to a situation where food that has been misunderstood becomes largely ignored. Be it amongst your family, your friendship group or an entire cultural paradigm, these perpetuating misunderstandings can be so damaging.

To be clear, I am not mouthing off at diversity. What I refer to here is an unwillingness to understand the value of our increasingly scarce food supply. A food supply of which the venerable hogget is indeed part. 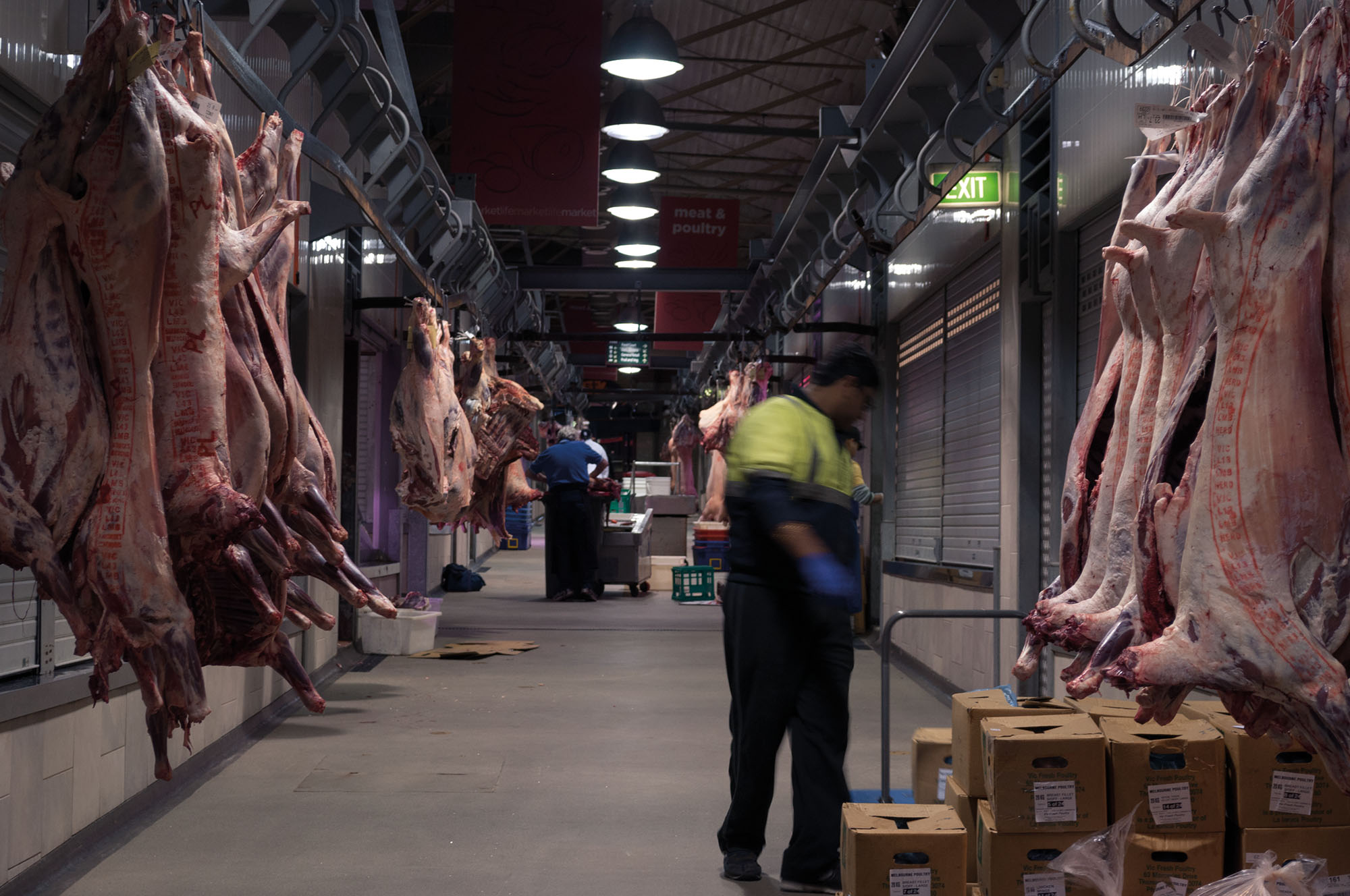 Call it unjust, ill-judged or harsh, but a young ram or ewe just celebrating its first birthday finds his or herself bound by prejudice. At age one, this animal—often manifested in cartoons or similarly celebrated as a child’s play toy; an undeniably cute bundle of soft fluffy love—undergoes some changes.

Call it Ovis Aries puberty, except in this instance the changes are marginally physical. As its muscles age, strengthen and increase in size, they become denser and more worked. As is generally accepted with all animals, they can present a more pungent odour and stronger flavour when cooked.

Physically, this is about as severe as it gets, and these changes do not occur overnight. Baby baa baa at age 12 months is in fact no less adorable than when roaming the grassy paddocks at age 11 months and 30 days, and the same can be said about his or her meat. Under Australian meat classification* however, this calls for a name change, individual branding (the animal is then branded with a symbol of two-teeth), and, due to our yearning for the meat which is named lamb, a dramatically lower price at market.

If for no other reason than this, next time you decide to invite over some friends, or a special lady guest, consider broadening your horizons: go to your local butcher and ask for some hogget. You will probably need to pre-order it, but to me that is a minor price to pay in order to try something new, blow your friends’ minds, or hell, I’ll go ahead and say it, maybe even save the world.

This story can be found in Issue Zero of Scrag End, the The Pilot Issue. 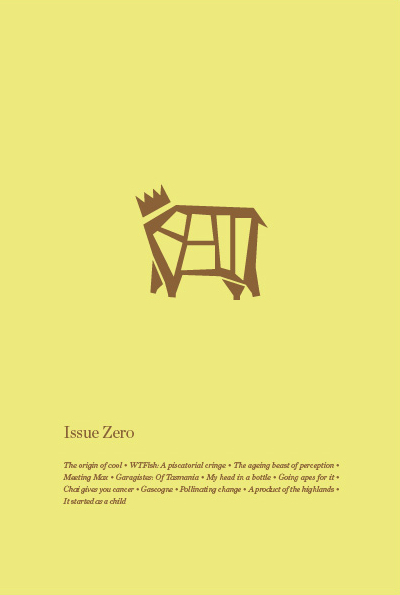 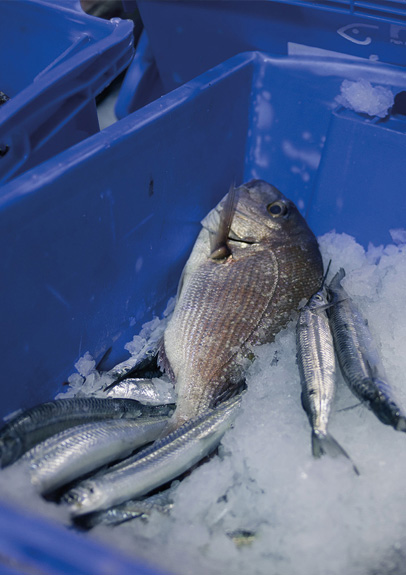